The content on this page is extremely old. Much has changed in the world since this article was written. While many of the concepts will still be relevant, figures and case studies are likely to be outdated at this point.

Population can be measure according to:

Stage 1 Of The DTM 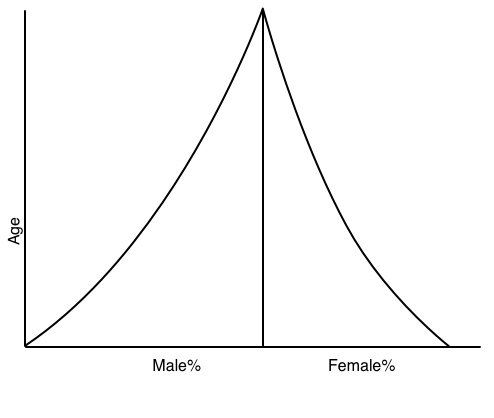 Stage 2 Of The DTM 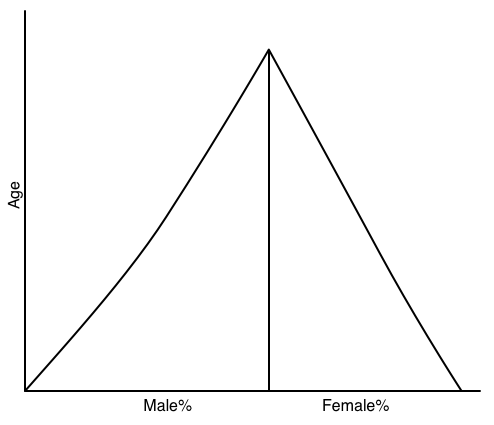 Stage 3 Of The DTM 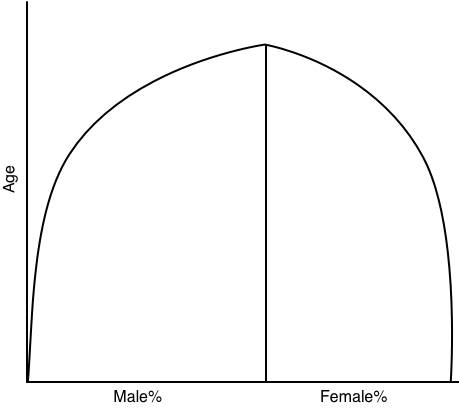 Stage 4 Of The DTM 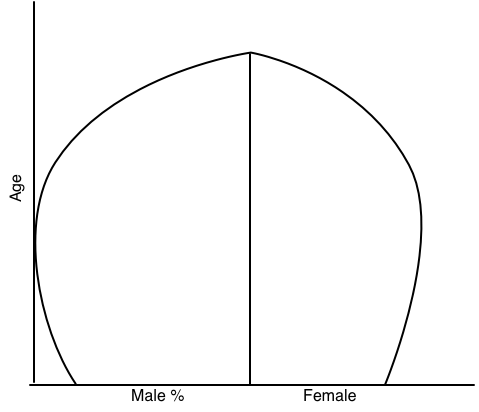 Migration can affect the structure of populations greatly. Internal migration within a country from rural areas to urban areas will significantly alter the number of young people aged 20-30 living in an area. In rural areas this number will decrease as young people move out of them to cities to find work. Conversely in cities the number will increase as the people from the rural areas enter the city. On a population pyramid this will result in a bulge in the population of middle aged people in cities.

The support ratio is the inverse of the dependency ratio:

The juvenile index indicates the proportion of young people to old people. The greater the index, the more young people there are.